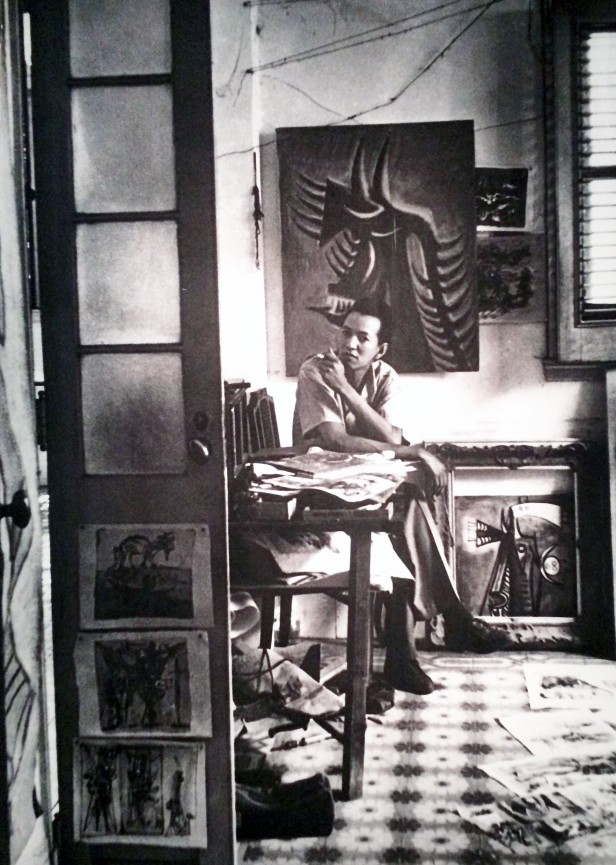 “Wifredo Lam (Cuban, 1902–1982) was a Cuban-born painter, draughtsman, and sculptor, born to a Chinese father and Afro-Cuban mother. Between 1918 and 1923, Lam studied painting at the Escuela de Bellas Artes, but preferred painting outdoors to the traditional academic setting. In 1923, Lam moved to Spain, where he remained until the late 1930s. While living there, he trained with reactionary painter Fernando Alvarez de Sotomayor(Spanish, 1875–1960), former instructor to famed Surrealist Salvador Dalí(Spanish, 1904–1989). Lam was greatly influenced by the modern Spanish realist tradition, but took a more simplified and decorative approach to this style.

After the outbreak of the Spanish Civil War, Lam left for Paris, where he metPablo Picasso (Spanish, 1881–1973), who would became a lifelong friend and supporter of his work, and who introduced him to other established and successful artists working in France at the time. During his time in Paris, Lam worked mainly in gouache, producing stylized figures influenced by Picasso and by African sculpture. Lam became associated with the Surrealists after meeting André Breton (French, 1896–1966). Following the Nazi invasion of France, Lam returned to Cuba in the early 1940s.

Upon his return to Cuba, Lam was inspired to create a series of works inspired by the plight of the Afro-Cuban population, and sought to preserve what he saw as a vanishing tradition through his art. His works from that time depicted figures, often part human and part animal, in African masks, and explored themes of voodooism and other traditional rituals. His compositions depicted violent and mystical environments, with linear, shifting forms in motion, set against monochrome backgrounds.

In 1946, Lam returned to Paris, eventually settling there in the early 1950s. His later works were characterized by increasingly simplified forms and rich colors. He was also inspired to create model sculptures in the round, which bore a stylistic similarity to the figures that populated his paintings. His works are in the collections of numerous public and private institutions around the world, including The Museum of Modern Art in New York, the Art Institute of Chicago, the Museo Nacional de Bellas Artes in Havana, and the Museum of Modern Art in Brussels.” 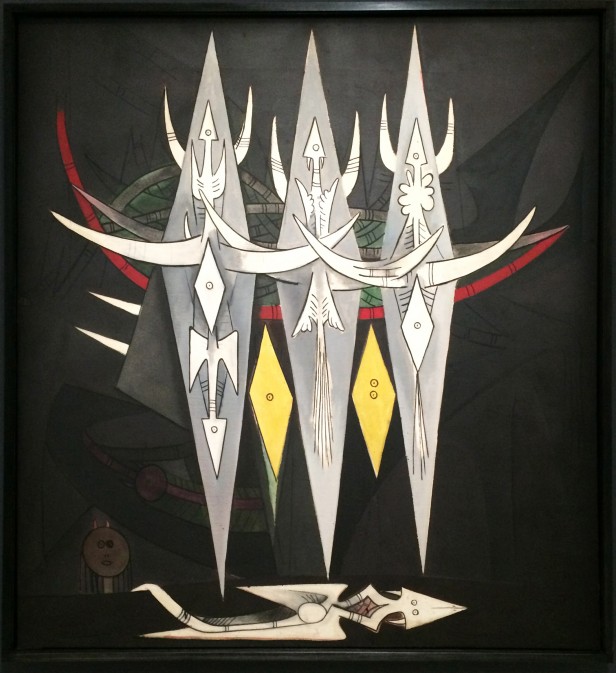 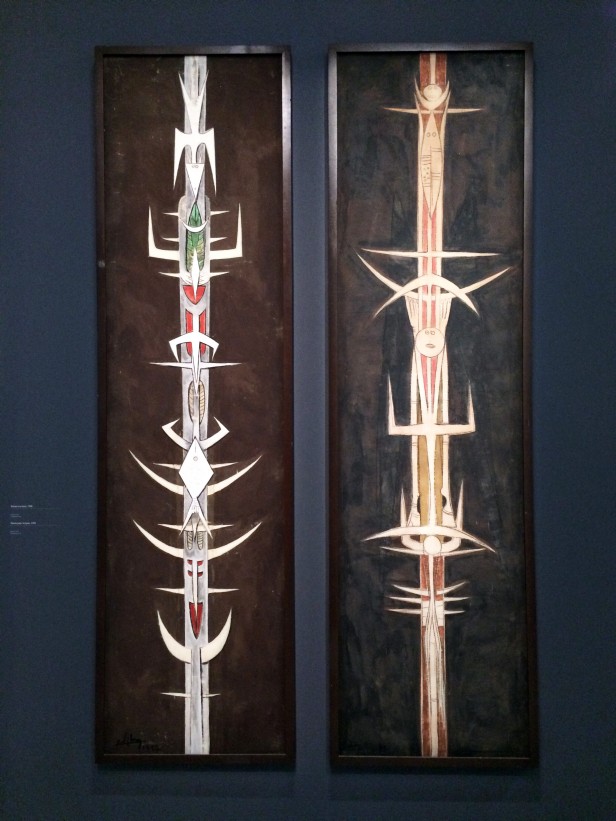 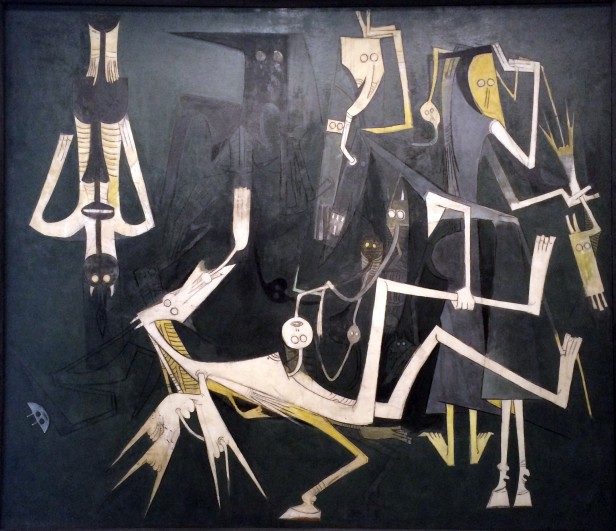 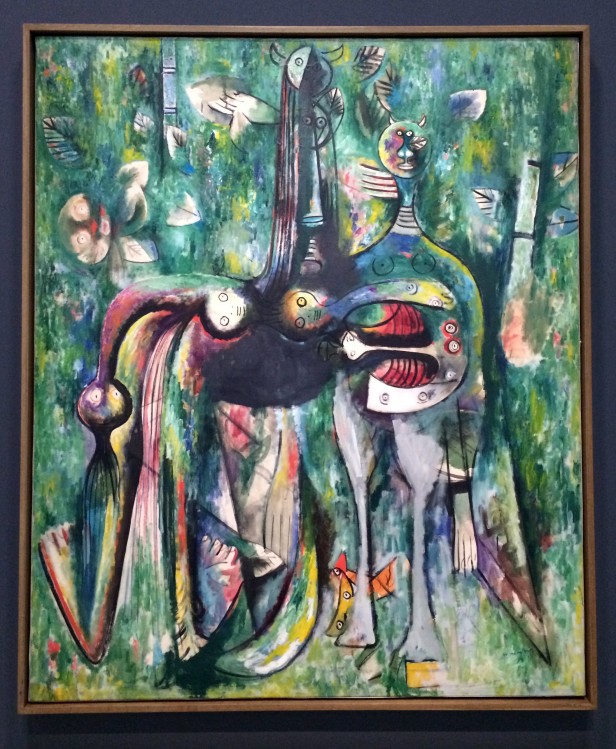 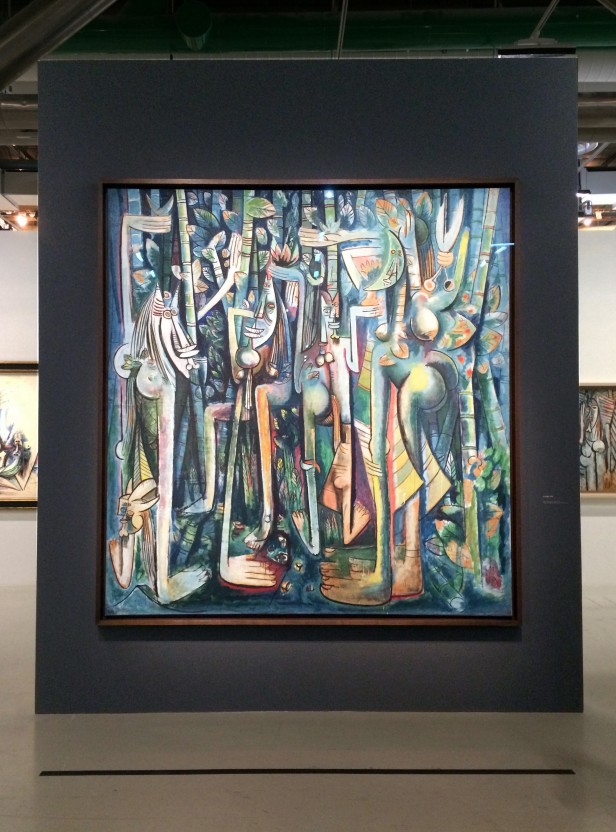